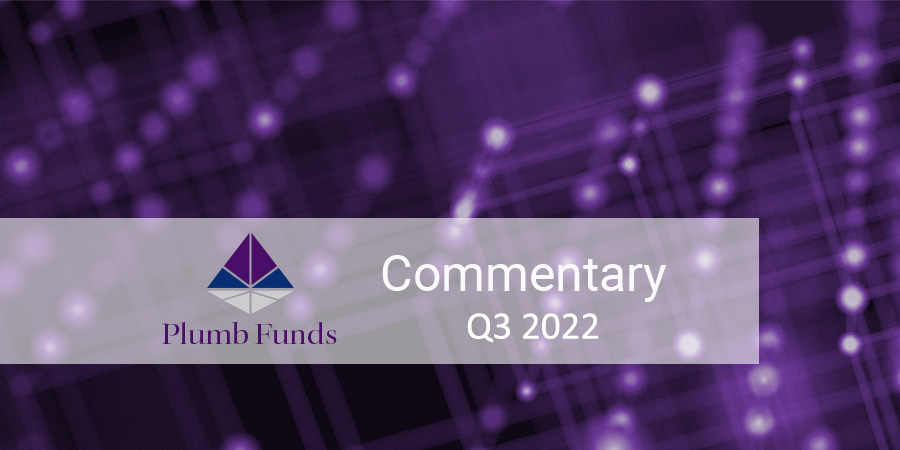 “History Does Not Repeat Itself, But It Rhymes” – quote attributed to Mark Twain

In 1976, President Gerald Ford’s administration initiated their plan to address the double-digit inflation which rose to 12% during the Arab oil embargo-induced recession. The administration named their program the Whip Inflation Now initiative and actually had “WIN” buttons distributed to show their commitment to defeating inflation. However, as headline inflation dropped to 4%, the markets, economy and electors grew much more concerned about the flagging economy and Jimmy Carter was elected president. By the late 1970s, inflation re-emerged and approached 15%. Conventional wisdom, and apparently the current Federal Reserve policy, holds that Paul Volker, the Chairman of the Federal Reserve at the time, broke the back of inflation by raising the prime interest rate to over 20% and causing two recessions in the next two years.

Federal Reserve Bank’s restrictive policy, which saw the three-month US Treasury Bill interest rate from 0.04% to 3.27% in the last year, political tension around the world as well as domestically, caused the S&P 500, Dow Jones Industrial Average and NASDAQ to record their worst nine months since 2002. Technology stocks, the leaders over the last decade, were especially hard hit as investors grew more concerned about the implications of potential “Stagflation” similar to the world’s experience of the 1970s.

After the dismal first nine months of 2002, the Stock market rose 20% over the next fifteen months. Recessions pressure corporate profit margins and the stock market tends to anticipate recoveries in both revenues and profit margins. But an old saying reminds us that history never repeats itself, though sometimes it rhymes.

Though the Federal Reserve Bank seems to be one foot on the gas, followed by the other on the brake while publicly saying they are avoiding those past mistakes, there are many differences to this cycle compared to the past fights against inflation.

In the first paragraph, we discussed the conventional wisdom for breaking the back of inflation. We’d like to suggest that inflation stayed low, below the fifty-year average of 4%, for the last thirty years because of a number of factors. Innovations in financial technology and developing worldwide supply chains, allowed innovation, raised worldwide economic development, and had a dampening effect on inflation. We hope that we have not seen an inflection point where isolationism reduces or modifies the economic growth that has limited inflationary pressure and raised much of the world’s citizens out of poverty.

As we recently discussed in our TD Ameritrade interview, we believe its time to catch fallen stars. Some of the best companies in the world are on sale and have significant recovery potential over the next few years. Bonds are starting to reward fixed income investors with reasonable yields for the first time in years. Guessing a bottom is exceedingly difficult, but we have gone through many of these cycles and know that recoveries tend to begin when sentiment is the weakest. Recently, we have seen many of those sentiment indicators touching the low levels where past recoveries have started.

On another note, you may know that Wisconsin Capital Management has an office in Sanibel Florida, and that Jan and I also own a house on the island. As of today, we still don’t have any indication as to when the island will be accessible. Hurricane Ian was devastating and we have many friends and clients who are in the same situation. Our heart goes out to them and we want to thank you for keeping us and them in your thoughts and prayers. Thankfully, our friends have survived and our business has not been interrupted.

Thank you for the confidence that you have placed in us. Best wishes for the remaining year.

S&P 500 is an unmanaged index which is widely regarded as the standard for measuring large-cap U.S. stock market performance.

Nasdaq is a global electronic marketplace for buying and selling securities. Nasdaq was created by the National Association of Securities Dealers (NASD) to enable investors to trade securities on a computerized, speedy, and transparent system, and commenced operations on February 8, 1971.

It is not possible to invest directly in an index.

Past performance does not guarantee future results.

Opinions expressed are those of the author as of October 5, 2022 and are subject to change, are not intended to be a forecast of future events, a guarantee of future results, nor investment advice.

Earnings growth is the annual rate of growth of earnings from investments.

The fund may invest in small and mid-sized companies which involve additional risks such as limited liquidity and greater volatility. The funds invest in foreign securities which involve greater volatility and political, economic and currency risks and differences in accounting methods. Because the funds may invest in ETFs, they are subject to additional risks that do not apply to conventional mutual funds, including the risks that the market price of an ETF’s shares may trade at a discount to its net asset value (“NAV”), an active secondary trading market may not develop or be maintained, or trading may be halted by the exchange in which they trade, which may impact a fund’s ability to sell its shares. The fund may also use options and future contracts, which have the risks of unlimited losses of the underlying holdings due to unanticipated market movements and failure to correctly predict the direction of securities prices, interest rates and currency exchange rates. The investment in options is not suitable for all investors. The Plumb Balanced Fund will invest in debt securities, which typically decrease in value when interest rates rise. This risk is usually greater for longer-term debt securities.

Fund holdings are subject to change at any time and should not be considered a recommendation to buy or sell any security. For a list of current fund holdings, please refer to the individual fund’s holding page. Plumb Balanced Holdings. Plumb Equity Holdings.

Diversification does not assure a profit nor protect against loss in a declining market. Dividends are not guaranteed and may fluctuate.

Stagflation is an economic cycle characterized by slow growth and a high unemployment rate accompanied by inflation.

Isolationism, National policy of avoiding political or economic entanglements with other countries.